The Book - A Flash Fiction Part 1 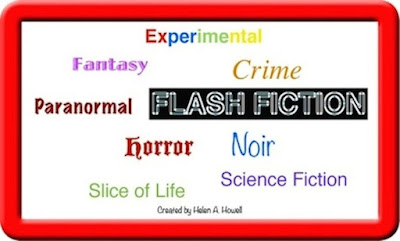 The old book called to her. Everything about it attracted Marly, the engraved cover with its intricate carved swirls; the size, so solid, so heavy looking, the gold trimmed page edges that shimmered in the light.

Marly had come across the shop on one of her adventure walks, as she liked to call them. She took one of these every now and then, usually when she was bored. The walks involved investigating the almost-forgotten about lanes that weaved through the older part of town. Not too many people came this way now, preferring the newer shopping centre built just a few years ago.  The quietness of the streets were what drew her to this part. Some of the lanes even had original cobble stones. It was like taking a step back in history.

She had come across some odd little shops usually full of curiosities, but this was the first time she had found a book shop. The exterior woodwork was painted black. Across the top of the bow window in gold lettering, that was now chipped and flaking, were the words, ‘Rumbles Books.’ The window pane was made of green glass squares that had that swirled look about them, the sort you saw in illustrations of old Victorian shops. Marley sucked in a short breath as her eyes widened. Her curiosity was piqued.
Oh my goodness it’s like time has stood still, she thought. I’ve gotta go in here.

Without wasting another second she stepped up to the shop door and reached for the brass handle. A tiny bell jingle-jangled over her head, announcing her presence.  At first she found it hard to focus in what seemed a dim light, but as her eyes adjusted she could make out walls lined with shelving. In the middle of the shop stood an old oak table with a few chairs scattered around it. To the back of the shop stood a polished wood counter. On the top resting to one side was a silver cash register.
“Is this a museum or a real book shop?” she whispered to no one but herself.

From behind the counter a door opened and through it stepped a  bent old man. He had a walking stick. His hair, silver, glinted when caught by a shaft of light. Perched on his nose was a pair of half moon glasses. He wore black trousers and jacket with a stiff collared shirt and the most glorious coloured cravat. As he came nearer Marley could see the winking of a diamond stick pin nestled among the silk that adorned his neck.
“Ah, good morning Miss. It is Miss isn’t it?” His voice, soft, creaked with age.
“Yes, it is.” Marley stared at the old gent, hardly believing her eyes.
“It’s not very often we get a pretty young girl in here. How can I help you?” He leaned heavily on his stick and stared back at her with his pale blue rheumy eyes.
“I was just wanting to have a browse of the books. This is a book shop isn’t it?”
“Indeed it is. As you can see we have lots of books.” He gestured with his free hand towards the shelves. “Take your time, I’ll be at the desk should you want me.”
“Thank you.”
Marley smiled at him. He pressed his thin lips together into a smile that made the turned up ends of his moustache wiggle. Marley suppressed the urge to laugh and watched as he turned and made a slow retreat back to the counter.

She took her time looking through the shelves. She was searching for something, but what, she didn’t know.  Most of the volumes were dated and of no interest to her. It was when she had almost reached the last of the shelves that she caught sight of it just poking out  from under  a small pile of books.

Hullo, what’s this? Marley knew it was meant for her. She took a quick glance around before she reached out and pulled the heavy tome into the open. It sat on the floor in front of her, covered in a thick layer of dust. Reaching into her pocket she grabbed her handkerchief and flicked it across the book. Dust motes flew into the air and danced in the ray of light that was just above her. Her heart missed a beat as she saw its beautiful cover. “It looks like real leather,” she murmured as she continued to wipe away the dust. The title, stamped into the cover, now become visible. She traced each of the beautifully carved  letters with her finger as she read aloud the words, “The Book.” Somehow the title didn’t seem strange to her at all, it seemed perfect. She lifted it up, and though it was weighty she blew gently to remove more of the dust. As she held it higher to look under it, a beam of light caught the golden edged pages.They glimmered so brightly that it startled Marly and she dropped the book which landed with an almighty thump on the floor.

A tap tapping could be heard and the old man appeared, his stick beating out each of his footsteps. He looked down at the girl kneeling on the polished wooden floor and then at the book which lay in front of her.
“The Book,” he muttered. “Tut, tut, that shouldn’t be here. If you’ll be so kind to pass it up to me, I will put it somewhere safe.” His voice was soft but his face was hard.
“It’s so beautiful. Can’t I just spend a few moments looking inside it?”
“It’s best not. Now hand it up, there’s a good girl.”
Marley felt  panic shoot through her. She didn’t want to part with it. It felt like the book was calling to her, whispering for her to open its pages. “I’m supposed to have this book,” she blurted out, louder than she meant to.
“Why do you say that?” The old man leaned against the shelving, removed his glasses, tugged the white silk handkerchief from his breast pocket and began to polish them.
“I dunno why.” A frown creased Marly’s brow. “Except that I’m drawn to it and it wants me to read it. I just feel it. I can’t explain.”
“Ah, I see.” He finished polishing his glasses and placed them back on the end of his nose. “That’s why The Book has found its way out into the shop again. It’s chosen you. But it’s never chosen a young girl before.” His old eyes met hers and Marly thought she could see something different in them.
“Chosen me?”
“Yes, chosen you. The Book only allows those it chooses to read it.  But I must warn you, those who do find their lives are never the same again. Listen, Miss, you don’t have to read it. Just give it to me and I’ll lock it away and then you must never come back here again.”
Marly shook her head and lifting the book she pressed it against her chest, wrapping her arms tightly about it.
“I can’t give it to you. I just can’t.”
“Very well.” The old man sighed. “But know that The Book, it cannot leave this shop. Don’t say I didn’t warn you.”
He turned and walked away. Marley called out to him.
“Have you read it?”
He stopped and  looked over his shoulder at her. His eyes seemed to cut into her very soul. “Never,” he growled, “but then it never has chosen me. I’m just its guardian. If I could I would lock it in a steel chest and throw it into the river.” He walked away and disappeared through the door behind the counter.

Marley’s heart thumped in her chest as the old man’s words  swam around and around in her head. Daft old codger. He must be nutty trying to scare me. After all it’s just a book, isn’t it?  She got to her feet and still clasping hold of it, she made her way to the table. She went to sit but stopped and stood up again. What’s all this nonsense about it not leaving the shop, she thought.  I wonder? Marley held the book tighter and began to walk towards the door. Each step she took in that direction, the book began to tremble. At first she felt the slightest movement and by the time she reached the door the book was shaking so much she could hardly hold onto it. The bell above the door was swinging  madly from side to side. It’s noise filled her ears and the shop.

Out of nowhere the old man appeared. “I told you The Book can’t leave this shop. Did you not understand?” His voice was no longer soft, but deep and harsh. He took hold of Marley’s arm and pulled her back to the table, where the book fell from her grasp and landed with a thud on the tabletop.
“I just wanted to see if what you said was true,” she whimpered, not daring to look him in the face.
“True! Of course it’s true. The Book is not a game. I’ve tried to protect you from it. Go now while you still have a chance.” He swung his cane in the direction of the shop door.
Marley placed a hand on the book, she could still hear it calling her - Read me Marley, you know you want to…
“I can’t. I have to read it. It wants me to and I want to.” She raised her eyes to look at him and smiled.
He didn’t smile back. Instead he walked away shaking his head muttering, “They never listen, they never do. I try but….”

Marley sat down with the book in front of her.  Her hand wavered over it for what seemed like ages. All his words ran through her mind, but she could not resist. As she lifted the cover open the last of the dust drifted into the air. She raised her eyes and followed the motes as they spun and twirled in the light that trapped them. Lowering her eyes she began to read….